As part of Sortir de l’écran / Spoken Screen, a series of performances and conferences on hypermedia works, Agence TOPO and NT2 presented Yannick B. Gélinas (Montréal), poet and artist known for its extensive use of all media art forms. She performed on Wednesday, February 13, at La Centrale and gave a conference on Thursday, February 14, 2008 at UQAM.

As a poet and video/new media artist, Yannick B. Gélinas has directed several interactive works combining video portraits and poetry where she reveals herself, intimately, in a quest for happiness and the multiple manifestations of pleasure. The author is also an experienced blogger – www.yannou.com/blog – and she holds a weekly chronicle about new medias – www.dziit.com – for the program Premières vues (Canal Vox).
At La Centrale, Yannick B. Gélinas will present VIDA, a video blog-performance where she will read excerpts from her blog and from her book, L’Emportement, with the participation of musician Janet Lumb and VJ Karine Charbonneau. In this performance, the artist will encorporate multiple disciplins from her media art practice. She will combine reading texts, live blogging, projecting footage from home-movies, children’s games, and other expressions of life’s pleasure taken from Plaisirs, le film. This short interactive film is a poetic fiction released on DVD with her book L’emportement published in 2006 by Planète Rebelle. L’emportement is her second book published with this editor, after Mordre, a poetry collection accompanied by a CD-ROM entitled Parenthèses in 2002. 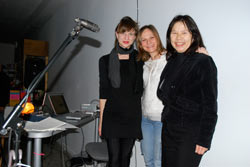 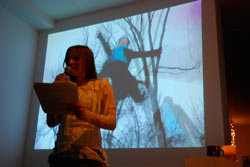 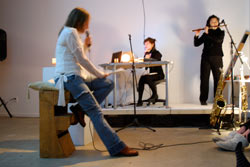