This installation, involving two encased flat screens, digital animation, and physical computing, will be displayed at TOPO’s new exhibition showcase on the ground floor of the de Gaspé cutural hub located in Montreal’s Mile End (5445 de Gaspé Ave.). Two automated portraits – a female and a male subject photographed by the artist in Montreal – react to the movements of passersby. Badani invests the work with her apprehension about privacy and personal space in a context of surveillance, and playfully invites visitors to make-A-move thereby triggering a game of cause and effect between the participant and the automated gaze. When walking in front of the two screens, the portraits unremittingly follow visitors with their eyes producing a strong psychological effect on those who feel the weight of their glare. The work was conceived and produced by Pat Badani during a residency at Agence TOPO, in co-production with Art Souterrain, Montreal, whose 2015 theme focused on issues of security and surveillance.

The installation opening will be held Thursday, November 5th, 2015 beginning at 4 PM in front of TOPO’s new “vitrine” on the ground floor of the 5445 de Gaspé Avenue building (suite 107-B).

Additionally, on Saturday, November 7th, at 3 PM, Pat Badani will unveil a large-scale documentary wall installation about the making of make-A-move at Agence TOPO’s production space in the same builiding (suite 608). The artist will give a talk addressing broader issues related to her artistic practice and the challenges posed by media arts research and production.

This presentation is inscribed as a satellite event of the international conference Media Art History organized by Hexagram in Montreal, from November 5 to 8. Pat Badani contributed to the symposium as Editor-in-Chief of Media-N, Journal of the New Media Caucus, an international journal specializing in new media scholarship.

The artist’s presence for the opening of the exhibition and for the artist talk at Agence TOPO is made possible (in part) thanks to the Canada Council for the Arts. 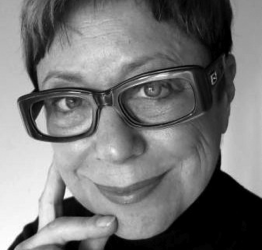 Based in Chicago, Pat Badani (MFA School of the Art Institute of Chicago) is an international arts practitioner, critical thinker, educator, editor, and curator interested in the relationship between new media and social practice.

Pat Badani is Editor-in-Chief of “Media-N, Journal of the New Media Caucus”, an international scholarly web and print journal. Badani has been an educator in Canada, in France, and in the USA at Illinois State University where she created and taught the first digital media curriculum in the School of Art. She was also acting Director of the Interdisciplinary Media Arts graduate program at Colombia College, Chicago.