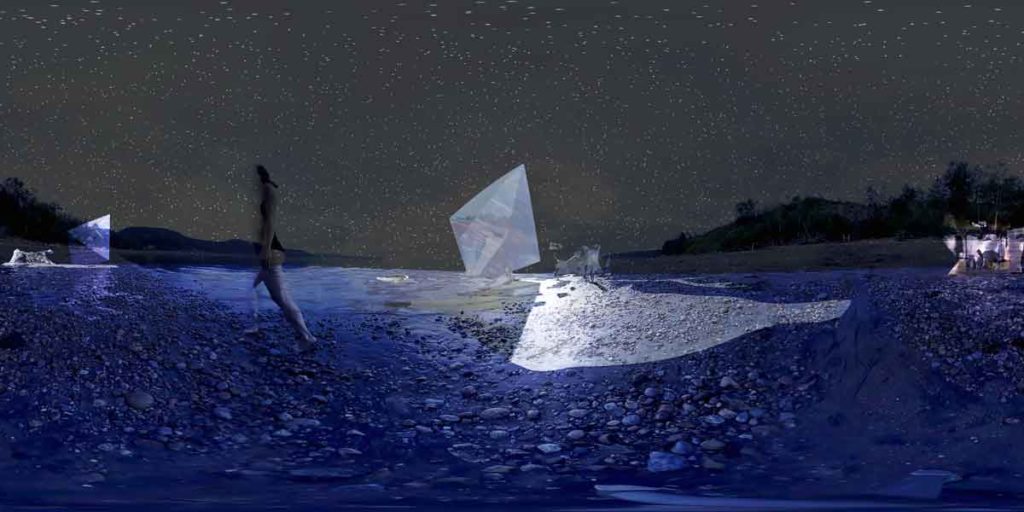 Islands can be seen as metaphors for a condensed physical space in which we are constantly aware of the limits and edges of our living environment. By transposing this metaphor to an immersive VR / sculptural installation, the artist invites users to navigate through an archipelago of singular encounters in which their presence fosters meaning through interactions with characters who currently inhabit these imaginary islands.

In Island: Vitrine, Mc Gilchrist will experiment in combining 360 videos shot in Quebec with environments created in 3D, to assess the validity of blending both visual formats productively for a VR experience. She will also be using VR’s embodied experience to re-consider elements of poetry, oral traditions and story telling – which are present across all cultures – within a contemporary screen-based context. In VR, once the user interacts with a character, a series of prompts allows them to combine short lines of text (in English or French), which becomes their collaborative story. Her main source of inspiration stems from the Caribbean, but the project will refer to other traditions, both oral and written-that expand the project’s scope.