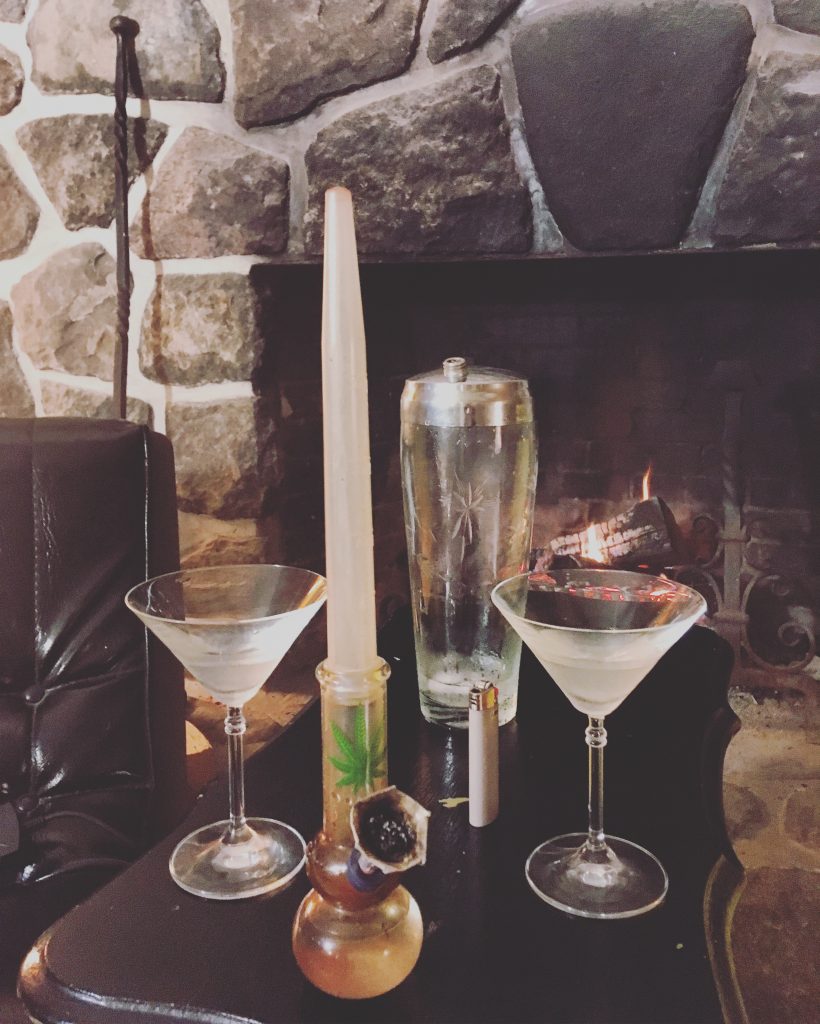 On October 11, 2018, TOPO‘s Vitrine will showcase the performance “Mary Jane, Alexis & Atom” for the finissage of the installation CULTURE, an artistic intervention by interdisciplinary art duo Et tu, Machine (Alexis O’Hara and Atom Cianfarani).The duo present a talk & screening inside and outside of TOPO’s vitrine. On offer: a nod to the past and raised eyebrows to what will enfold in the near future. In 1972, the British duo Gilbert & George released a short film which will became known as “Gordon, Gilbert & George”. The 12-minute film depicts the two artists sitting in front of a window, smoking and drinking Gordon’s Gin, an alcohol labeled “By Appointment to Her Majesty’s Queen Gin Distillers.” While it is not yet possible to obtain cannabis authorized by the Queen, the State has its excise-stamped product ready to sell. Et tu, Machine pays tribute to Gilbert & George with “Mary Jane, Alexis & Atom” followed by a poetic reading of the most dramatic passages of Canadian federal law C-45 and Quebec provincial law 157.

CULTURE aims to celebrate the psychedelic and rebellious roots of this plant while considering the legal parameters by which its distribution and consumption will soon be controlled, as described in the 152 pages of Bill C-45.

Avowed potheads, the artists examine the liminal space that the status of marijuana currently occupies and the social schisms that legalization will reinforce. Although pro-legalization, Et tu, Machine is concerned about the opportunism of corporate production and distribution companies in collusion with the state. Engaging the Toronto Stock Exchange as a performer for this installtion, Et tu, Machine has invested its artist fee in shares of Canadian cannabis companies Canopy Growth Corporation (TSE: WEED.TO) and Hydropothecary (TSE: HEXO.TO).

CULTURE aims to stimulate a conversation around the action and the image of cannabis use in mainstream contemporary society. In flagrant disregard to labyrinthine parameters of the bill, Et tu, Machine offers a rarely seen attraction: a flowering cannabis plant, ready to harvest.

The combined practices of interdisciplinary artists Alexis O’Hara & Atom Cianfarani include urban interventions, installations, sound performances, light sculptures and the design of green infrastructure. Particularly dedicated to spacial subversion, the rescue of waste and the rebirth of objects, Et tu, Machine is committed to divert urban landscapes and social situations to create circumstances that highlight the anarcho-ecological spirit of Queer Imagineering. While this alliance is nascent, individually, Cianfarani and O’Hara have decades of experience in producing large-scale works of art and design.