Rob Feulner and Sam Meech will be running an end-of-show workshop on Saturday 18th at 1 PM at TOPO’s studio. The artists will go through the installation with the participants, then invite them to create video samples with analogue video gear and re-combine them using interactive video software (Isadora). The workshop should end just in time for a 5-7 finissage.

Part 1 : SHOW & TELL - 45 minutes
Talk about the installation at the showcase.

Part 2 : PLAY - 1h30
We will head up to the studio, where the artists will guide you through creating video samples using 5 different stations, allowing you to experiment with a variety of equipment : 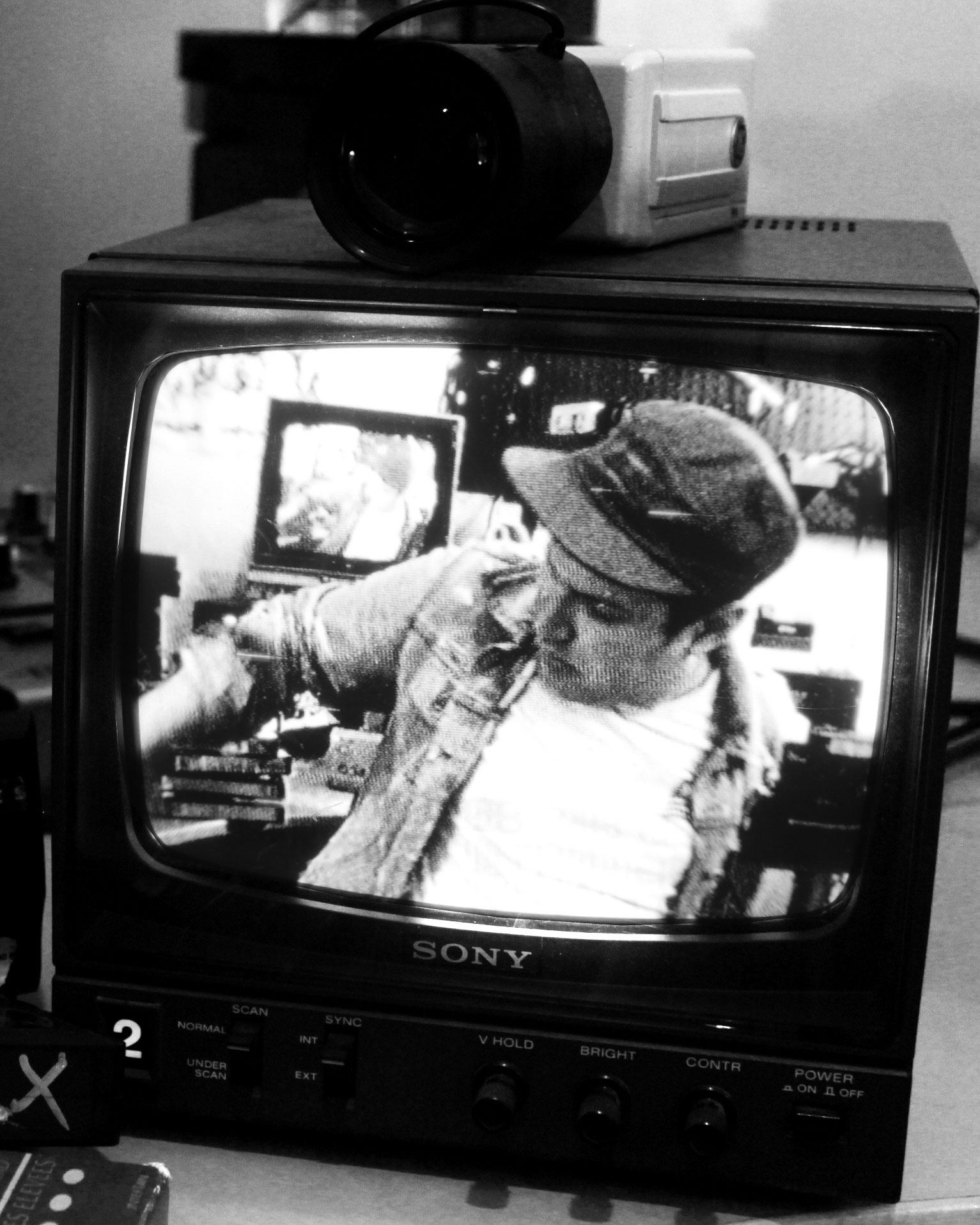 Rob Feulner (b. 1987, Montreal, CA) is a video artist hailing from Montréal, Québec. Armed with a stack of VCRs, circuit-bent equipment, and a disregard for electrical shocks, Rob Feulner dives wrist-deep into open machinery, creating a landscape of video tracking errors and glitches used to confront modern political malaise. His work has appeared in the Indianapolis Museum of Art, has been broadcasted by The Cartoon Network, and performed alongside MacArthur Fellowship prize winner Anne Carson. His most recent piece, the 17-minute experimental short film Cable Box, premiered at the Festival ECRÃ (Brazil) in July 2021.

Sam Meech (b. 1981, Huddersfield, UK ) is a digital artist with analogue tendencies whose practice includes interactive installation, projection design, and machine knitting. He is interested in hybrid design processes and the possibilities of combining both digital and analogue systems in production and performance. He aims to form new connections between existing and emerging technologies through playful works that emphasise texture, pattern, recursion and translation. He has machine-knitted stop motion animations of pixel art horses, generated poetry from old video titlers, and cast toy train sets in concrete to form apocalyptic projection mapping installations.

His recent practice has researched the integration of optical video feedback systems within interactive digital video installations – an approach outlined in his Master of Arts by Research thesis ‘Video in the Abyss: In the context of the digital, is video feedback still useful as an approach to making art?’. Two of the resulting works (‘Chroma Culture’ and ‘Portals’) toured libraries in the UK, and were shortlisted for the 2019 Lumen Prize for Art and Technology, whilst ‘Chroma Culture’ also won the ‘ALIFE Inspired Art’ award at ALIFE 2020. Both works have been adapted and deconstructed as part of this show.

He also enjoys working with the public to develop projects that enable people to be hands on with technology and creative processes. He has previously developed commissions for Mutek, ONF, Quartier des Spectacles and Maison de la Culture Maisonneuve, as well as many galleries, museums and public institutions in the UK. He is now based in Montreal, and teaches on the Intermedia course at Concordia University.