In the midst of a baroque city that endlessly liquidates, follow TOPO Agency’s investigation in LIQUIDATION, a multimedia photo-novel from author Michel Lefebvre and photographer Eva Quintas. 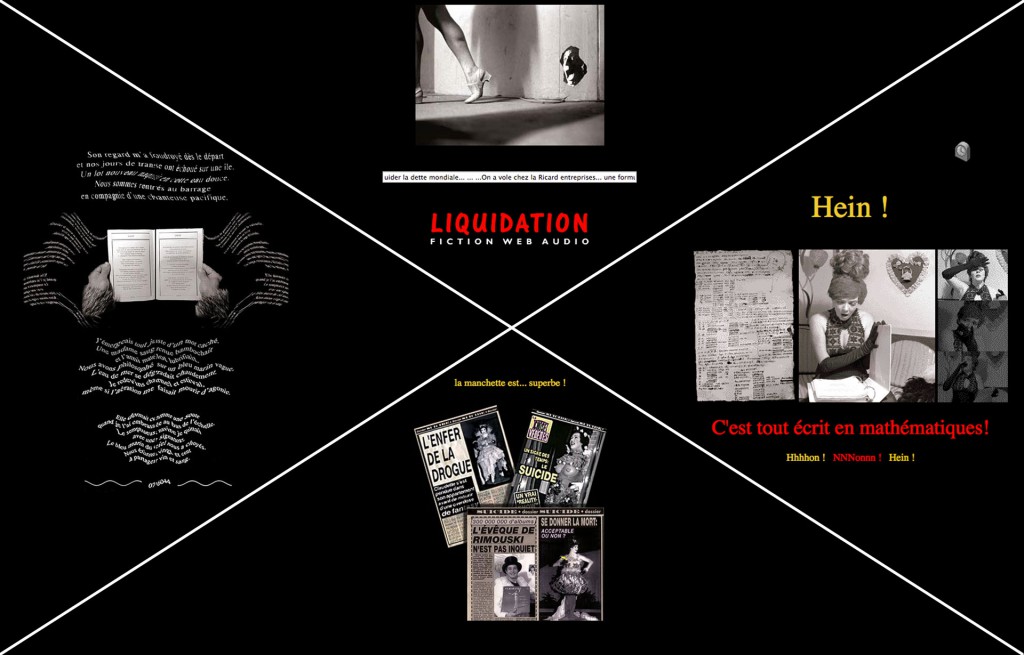 Launched in January `98 simultaneously on the web and at the radio show Les décrocheurs… d’étoiles (Radio-Canada FM), the three 30 minute episodes of this French web-radio drama surprisingly combine fixed images and sound, as interpreted by 15 actors. Liquidation has become in its ultimate format, a random photonovel on CD-ROM, with 18000 photographs and a 4 hour soundtrack, with original music and dialogues with 25 interpreters. (cdrom Liquidation).